Been having lots of trouble, installed 10 Gigs of “prerequisites” and still nothing but errors.

I know @maidsafe_team is busy making the network etc but we have app devs needing this and windows is a major OS so it needs support please!

Yea the guys are mad busy, but maybe I can help out. if you type gcc.exe --version it should give output, without that then it won’t work. I have not used win since 1994 but I think there are several command lines there. One for mingw, one for cmd and another for visual studio.

In the terminal you are in though you will first need gcc in your path for sure.

Hey, I just installed this on Windows 10/64 and had no problem.

You should be able to check the version from whatever directory you’re in. That’s the reason you’ve been asked for GCC, the script wants to just start GCC and use it. If the path isn’t right the buildscript isn’t able to find that little executable.

let me know if this works. 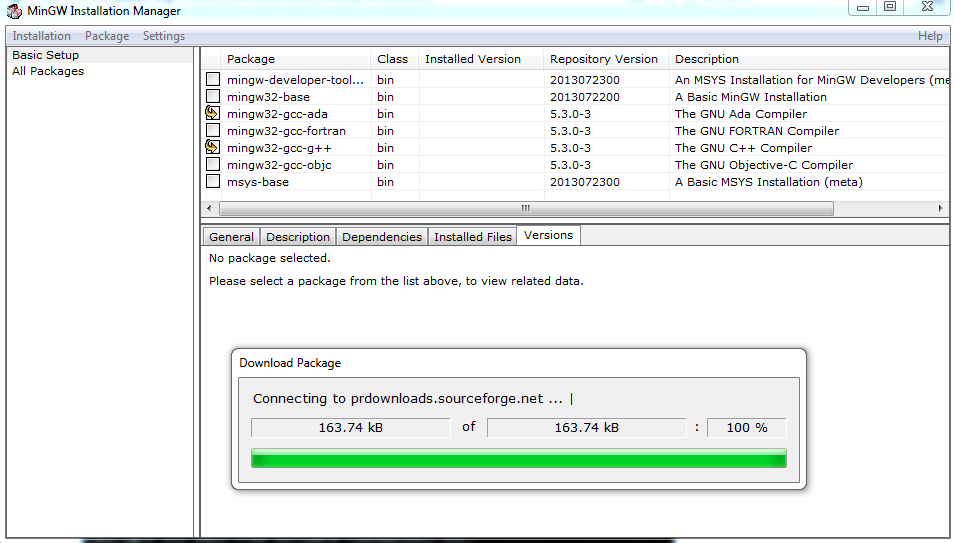 ok thx I went there and installed the overall program,

and marked these two and installing them. Those are correct right?

Don’t know for sure, I just installed them all

thx guys it’s just their Vietnam meetup is today and I need to help because everyone uses windows. They want to show what SAFE Apps look like and make some new examples

Have you set the path like the dude in the video??? You really need to, no matter what you install.

This is what you need to set in system variables: 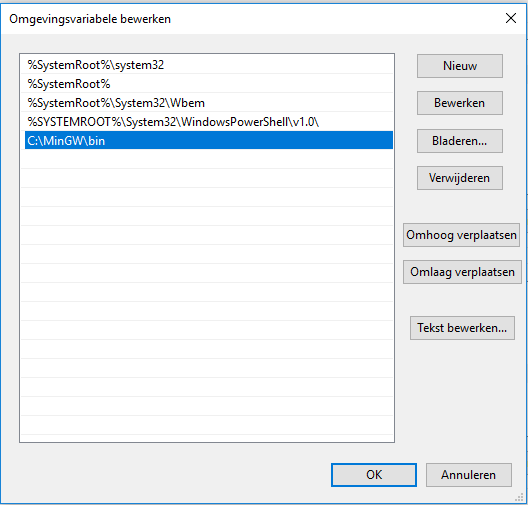 Have you set the path like the dude in the video???

that screenshot was what I get after doing all that together

at least I see “gcc.exe” in that “C:/MinGW/bin” folder, which is nice

but still nothing working on cmd “gcc --version”

I had trouble the first time. When you add the line in the path make sure to give an extra “enter”. Then the path to MinGW really gets added. After that choose the OK on all the different forms like you already did.The dude in the video is giving the extra enter as well, if you just choose OK it doesn’t work for some reason.

EDIT: Here’s the exact part in the video.

ok I kind of hacked something together with this:

so once I cd’ed into the folder, I typed that command above and gcc --version works so now I’m trying to compile mock-routing launcher 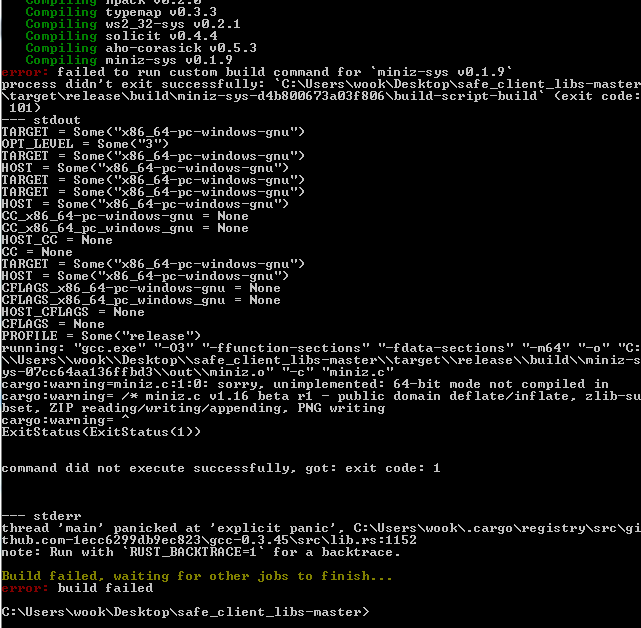 GCC working now? So this is new trouble with something

No, not really tried very hard though as I know a lot of others have trouble as well. I once build my own Vault and the “old” browser without Authenticator. I’ll wait until the devs say: here’s the script, should work now.

I think you are replacing your system path with only the single path entry for gcc. That’s not right, you need to add the mingw dir to your path not replace it. 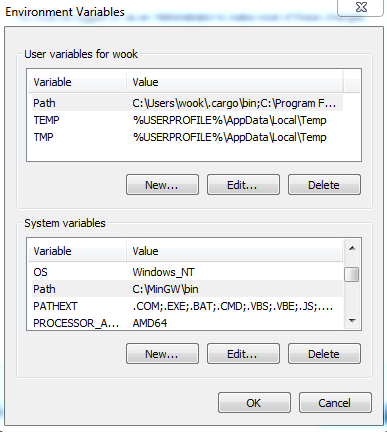 Ok I think I got this sorted, I had the MinGW variable in the user variables part also, before fixing it just now. Also wasn’t clicking the “Path” one before

thx very much for the help wit hthis

ugh, IDK it gave me the exact same error again as the black cmd screen i posted above

Hmm now it gave me this new error. Progress! I think

This error message is shorter, so that’s good!

Seems perhaps you chose the msvc build for rust and not the gcc one? If you use gcc it will probably be easier.