Getting started with Rust WebAssembly apps for the SAFE Browser

Not sure of the disadvantages - because possibly you can mix languages, I guess you could still use the many useful libraries and frameworks available in JS? - except perhaps added complexity and maybe small additional load time for simple apps.

I guess you could still use the many useful libraries and frameworks available in JS?

You can call js code from webassembly and vice versa.

So cool! Thank you for posting.

I tweeted Beaker browser to confirm that web assembly is available for use.

Here I see a WebAssembly object in the Beaker console 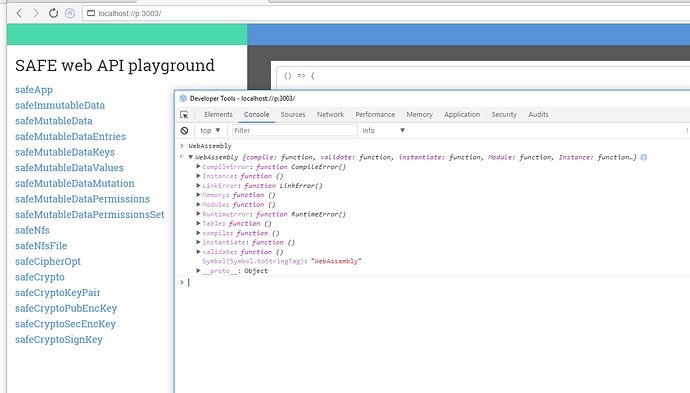 Can’t wait to make time to play with this.

Any Windows users whom also want to play, it’s not quite a smooth process to install and utilise Emscripten.
Here’s a guide: https://github.com/hunterlester/rusty_safe_web#emscripten-setup

Next I’ll be looking into how to call JavaScript functions from Rust to be able to call the SAFE JavaScript API from the Rust web application and store some data on the SAFE Network.

Take a look at the source code of stdweb.

Also there is this thing called cargo-web which will install emscripten (linux only right now) for you and make rust webdev easier, but there is one downside it only supports asm.js (the predecessor of wasm).

I tested wargo on a simple bin app in rust, it worked, kinda. You do need to tell llvm to not go through main and complete. In any case it works a bit, but if you then have libs that are not no_std only then there are issues AFAIK. Anyhow wargo is a great try, I see the rust team looking at wasm and agreeing the compiler targets right now are not tier 1 ready at all. So a bit of work to do, but that team will get it, if anyone can.

Interesting to see the c++ emscripten projects have not yet got to create exciting stuff yet, I wish there were movement here, but its for sure very interesting.

Over the weekend I started playing with wasm-bindgen which,

I began building a simple safe_app_wasm library but ran into compilation issues having to do with dependency crates that only support Windows or Linux target families, when my target is wasm32-unknown-unknown, summarised in this issue.

You’ll see that these two crates memmap and fs2 that we rely on need either a Windows or Linux target.

Even when rust-wasm decides how to treat wasm32-unknown-unknown target, it looks like 3rd party crates will still need to implement wasm support.

wasm-bindgen is much cleaner than my experiments using Neon and I think it would be worthwhile to spend time either opening issues in crates that we want supported or to open PR’s on those crates to implement wasm.

How portable is mmap?

An IDE that can be run in the browser for WebAssembly: https://hacks.mozilla.org/2018/04/sneak-peek-at-webassembly-studio/

For a higher-level library to complie wasm from Rust, might be relevant to consider yew: https://github.com/DenisKolodin/yew

Have you guys checked this book out?

What is the current state of using Rust, and a Rust-based web framework such as Dominator or Yew as @jonas mentioned, for SAFE apps via WebAssembly vis-a-vis SAFE Browser?

Safe Browser is chromium based, so whatevers working in the appropriate version should be working for the Safe Browser. I personally haven’t attempted anything beyond a couple basic wasm tutorials in my time (and not in SB). But there’s no reason it shouldn’t work AFAIK

What is the most recent example demonstrating loading an SPA as a wasm file with minimal JS bootstrapping it?

Also, would the JS and wasm files be first stored to SAFE and then referenced in the fetch with their xor-url?

Also, would the JS and wasm files be first stored to SAFE and then referenced in the fetch with their xor-url?

Uploaded files all have an xor URL, but in a website they can be resolved in the normal way using a full domain based URL, or a relative URL. The browser will resolve these and perform the fetch if they are referred to in a web page.

What is the most recent example demonstrating loading an SPA as a wasm file with minimal JS bootstrapping it?

There’s no safe specific example. But if you get one setup would be great to have such a thing

@latch have a look at the Name Resolution System (as @bochaco noted in the other thread), and you should be able to setup a site from a local folder in a few CLI commands

I’m building my first SAFE project with offering that in mind. 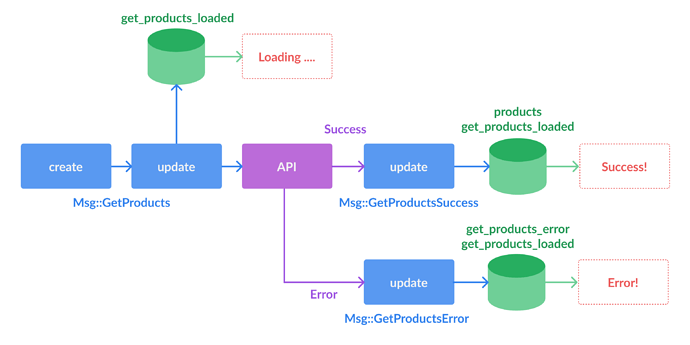